The Neues Schloss in Bayreuth

The New Palace - 'Neues Schloss' in German - is located on the eastern side of Bayreuth centre and dates from the 17th century. Like so much else in the town, it stems from the time of Margravine Wilhelmine and was built as a residence to replace the 'Old Palace' which had been badly damaged by fire.

Wilhelmine grew up in the court surroundings of Berlin and, although she had an unhappy childhood, moving to Bayreuth for her marriage had been a social shock for her. She threw herself into a wide range of cultural activities and many of Bayreuth's main attractions date from her reign.

The fire which destroyed the couple's former residence led to the necessity for the construction of the New Palace - some sources even suggest that the blaze was not entirely accidental.

Be that as it may, the Margravine was heavily involved in the remodelling of the buildings which had previously existed on the location of the New Palace, with her influence being seen in some of the interiors of this example of Bayreuth rococo architecture. 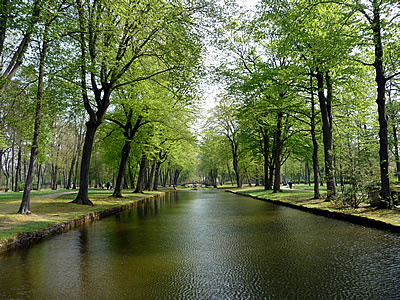 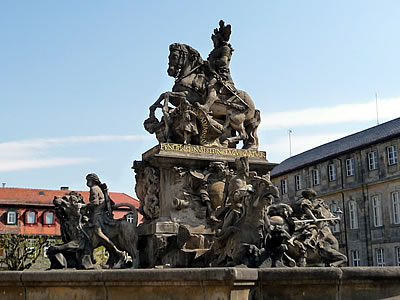 The gardens behind the building had been in the possession of the Margraves of Bayreuth since the previous century. Much of the work on creating the formal gardens was carried out after Wilhelmine's death - the gardens are quite sizeable, with various paths through trees on either side of a canal with several islands.

There are a number of museums on the edge of the park, including the Villa Wahnfried, where Richard Wagner lived; the Franz Liszt Museum; and the Museum of German Freemasonry.

The map controls to the left enable zooming in and out of the palace view. The control at the top right enable switching between a 'satellite view' and a 'map view'.